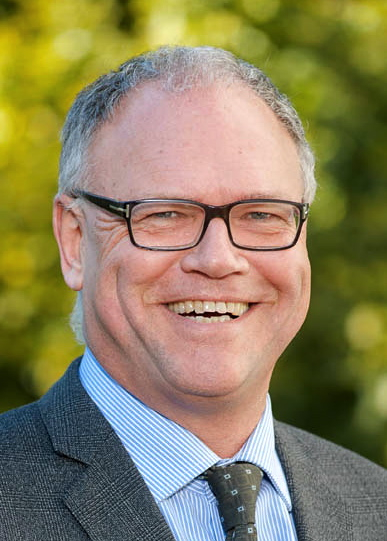 Special thanks to Stephan Schug for encouraging, supporting and hosting my Synapse residency.

Stephan Schug is currently Professor and Chair of Anaesthesiology in the School of Medicine and Pharmacology at the University of Western Australia and Director of Pain Medicine at the Royal Perth Hospital, Australia.

He studied medicine at the University of Cologne, Germany, where he also obtained his MD by thesis in clinical pharmacology and subsequently specialised in anaesthesia, intensive care and pain medicine.

Very early in his career, he focused his clinical and research interests on the treatment of patients in pain. Initially he was involved in the setting up and running of the first German cancer pain treatment centre with his friend and colleague Dr. Detlev Zech, who tragically died far too early from a malignancy.

After accepting a position in New Zealand in 1989, he initiated one of the first Acute Pain Services in Australasia at Auckland Hospital. The planned stay of one year became 12 years after he accepted the successorship of Associate Professor Robert Boas as the Head of Secton of Anaesthetics at the University of Auckland. Thereby New Zealand became a second home, where both his daughters were born. Over the next years he developed academic anaesthesia at the University of Auckland and was awarded a Personal Chair in Anesthesiology in 2000.

In 2001 he moved to Perth, Western Australia, where he succeeded the Inaugural Chair of Anaesthesia at the University of Western Australia, Professor Teik Oh, in 2006. As the Director of Pain Medicine in the Department of Anaesthesia and Pain Medicine of Royal Perth Hospital his clinical responsibilities include the running of a Comprehensive Inpatient Pain Service at 2 sites of this hospital as well as a multidisciplinary Pain Medicine Centre, which is accredited for training by the Faculty of Pain Medicine of the Autralian and New Zealand College of Anaesthetists. He spent a sabbatical as a Visiting Professor at the Department of Anaesthesiology and Intensive Care of the University of Münster in Germany in 2009/2010 and is repeating this attachment for two 3 months stays in 2014.

Professor Schug’s principal research interests include the management of acute and chronic pain, cancer pain, regional anaesthesia, the pharmacology of analgesics and anaesthetics and quality control in health care. He authored or co-authored 15 books, more than 80 book chapters, 75 original and 150 reviews and letters and multiple abstracts. He is on editorial and review boards of other leading journals in anaesthesia and pain medicine including ‘Spine’, ‘CNS Drugs’, ‘CPD Anaesthesia’ and ‘Baillière’s Best Practice & Research Clinical Anaesthesiology‘. He is also an active member of several pain and anaesthesia societies, a Fellow of the Australian New Zealand College of Anaesthetists (ANZCA) and its Faculty of Pain Management (FPMANZCA), where he is also a member of the Board, and the Vice-Chair of the Special Interest Group Acute Pain of IASP and the Chair of the Special Interest Group Acute Pain of ANZCA/ASA/NZSA.